From land to sea tour… eight centuries of history

Enjoy "From land to sea tour... eight centuries of history" 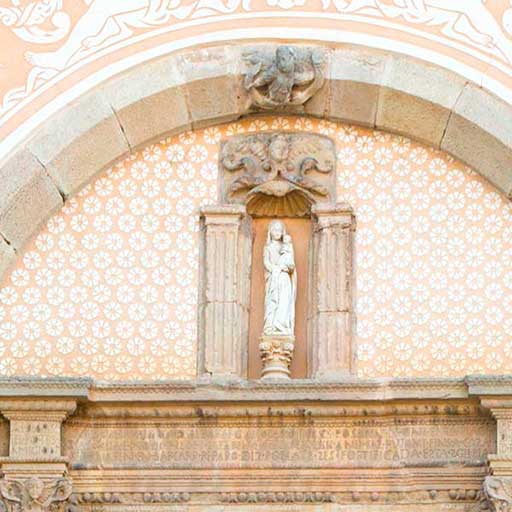 The current appearance of the church of Santa Maria de Pineda corresponds to the renovation made by the architect Isidre Puig i Boada in 1922. The first church was consecrated in 1079, more than 900 years ago. In the Romanesque period, the parish of Santa Maria belonged to the lords of Montpalau, who also owned Calella and Santa Susanna, dominating a dispersed population formed by different farmhouses. Pineda de Mar was known as La Pobla de Sa Boada, a small group of houses was created close to this church and around the old Camí Ral. This church has lived times of bonanza, but also times of danger and of wars. It has experienced the attack of pirates who came to steal. The most serious raid involved a large number of wounded, prisoners and dead. The people of Pineda, Maresme, and throughout Catalonia feared the attacks and aggressions of pirates or corsairs, which occurred during the 16th century and well into the 19th century. They came from North Africa, basically from the Algerian coast. Their raids were mobilised under the Ottoman Empire, and they reached the Atlantic, and sometimes, up to the Galician coast. The Catalan coast and the whole Mediterranean became a very unsafe territory. Villages like Pineda, with large cultivated areas near the sea, with few elevations of terrain, and with the lights of the coast, facilitated the attacks of the privateers. The Maresme coast, which lacked natural defences, soon led to the construction of a large number of watchtowers and fortifications in different parts of the region. Watchtowers and defence towers like the one in Sant Jaume, or the same castle in Montpalau, complete the fortified landscape of Pineda. 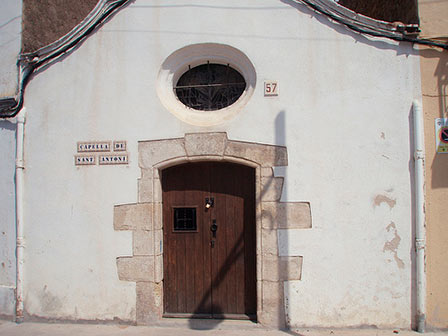 The pirates left their ships far from the coast and came on shore with some light boats. Each of these boats used to carry ten to fifteen men armed to the teeth, who even carried small campaign cannons. From the towers or elevated places, the vigilance of the sea was permanently kept. When the danger was evident, the alarm was given through bonfires (the arrival of the pirates used to be in the early hours of morning), they also rang the bell and the “horn” was blown. At that moment people fled into the interior of the town or to the mountains or fortified places. The hermitage of Sant Antoni is located at the head of Carrer de Sant Antoni, formerly Camí Ral, and previously Roman Via Augusta. This street, along with Ciutadans street and Carrer Major, formed the historic centre of Pineda, well into the 19th century. It has always been a passage way for the inhabitants of Pineda and of the travellers that came from outside to visit the city. In those times, the houses of the town were all the same, of the same width, with a ground floor and a first floor. Over the years, these expanded in height and could have up to two upper floors. 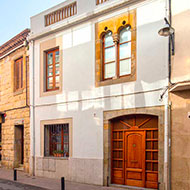 The opening to the sea since modern times has provoked the great transformation undergone by the towns of the Maresme coast, thus improving the subsistence economy provided by agriculture with maritime trade and fishing. The pirate attacks, or at least the fear of these, has caused the Maresme villages not to grow much further from the historical centres, still far from the sea. 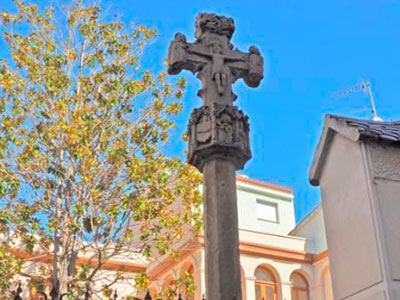 Wayside crosses were milestones that marked territorial boundaries of a parish. They were usually placed at the entrance of some villages or next to the roads.

The Can Quintana cross is from the 14th century. Pineda was still La Pobla de sa Boada, and the town was little more than the church and scattered farmhouses. But this cross is not currently in its original place, because the can Quintana family hid it during the Civil War. It bears the image of the crucified Christ and of the Virgin Mary with the Child Jesus. The village of Pineda was historically dedicated to agriculture and fishing. A small fishermen’s neighbourhood was created at the end of Carrer del Mar, called the Raval de Mar. In Pineda craftsmen, master builders, linen weavers, carters, manufacturers of wine barrels, etc. proliferated. Agriculture was based on cereal, vines, olive trees, hemp and flax. Some houses enlarged the main street and changed the medieval image they had until then, building houses with a ground floor and two upper floors, which were starting to be popular then. The most stately homes began to appear. Mayor Serra i Moret (1914-1923) was one of the driving forces behind urban planning in 20th century in Pineda, and in fact, thanks to him, some of the most emblematic buildings of that time were built. 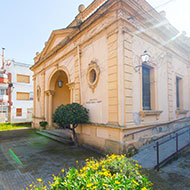 Since the late nineteenth and early twentieth centuries Pineda has undergone a huge transformation. From the old historical centre we have moved on to a new Pineda, with more inhabitants and new needs. The arrival of the railway enabled wealthy people, the industrial bourgeoisie, to choose Pineda to spend their summer and leisure time. The growth of Pineda in these early years of the twentieth century was remarkable: in 1922, coinciding with the inauguration of the Library, Pineda had 2100 inhabitants, and in 1940 they had already reached 3000.

Calle del Mar was already the passageway for people and for the transportation of goods back in the 15th century. It connected the sea and the land. Over time it has become a stately avenue with its own identity.

This place marks the origins and evolution of the town. Back in the 15th century, the weekly market was held here, and the hostel was located here, too. The people who transported merchandise from the sea arrived here and it was the connection point between the sea and the land.
The Town Hall building was restored by Isidre Puig i Boadas in 1917. It was built to replace the old 18th century town hall. At that time, in this building, along with the Town Hall, we could find the butcher’s shop, the bakery, the hostel and the prison.