Route to the origins of Pineda.

Enjoy the "Route to the origins of Pineda" 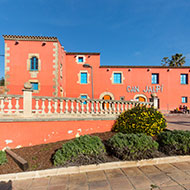 Farmhouse from the XIV century, which preserves the watchtower attached to the building. This house was the residence of the public notary Jaume-Joan Coll, who was kidnapped during the Turkish pirates’ raid in 1545. 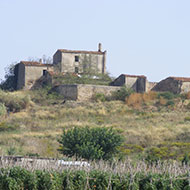 In the rural estate of Can Roig the remains of a Roman Villa were located, which has disappeared at present. There a lacus, or tank, was found, whose water came from the aqueduct probably built by the owner of Can Roig. 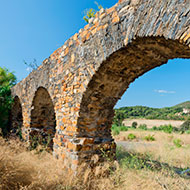 Roman aqueduct from the III century, which took the water from Can Bufí area and carried it to the Roman Villa of Can Roig. Currently only 4 arches remain, but the structure was originally 3.5 km long. 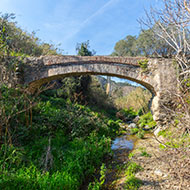 Aqueduct from the XVI century, which channelled the water from Can Boveta Mill to Can Oliver del Sitjar, crossing the unevenness of the Riera creek. Until not long ago it was used as a bridge. 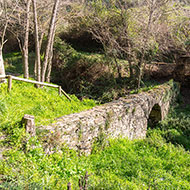 This aqueduct, consisting of one arch only, is the prolongation of the one in Can Cua. The channel where water flowed, with its opus signinum – or waterproof pavement – is still well preserved. 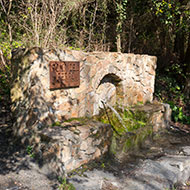 This spring is located in the gulley where there was an old iron mine. The mine was lost when the C-32 motorway was built, but later the spring and the surroundings were recovered. 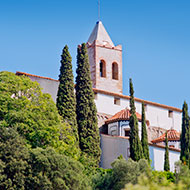 Sant Pere de Riu’s parish has been documented since 1185 and it still preserves original Romanic elements. The “comunidor” tower stands out, from which you can enjoy a scenic view of the whole valley of the creek. 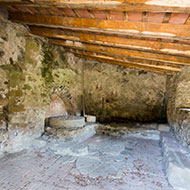 Flour mill, possibly from the XI century, which took the energy from the creek water to grind wheat. Along the creek there were up to 11 documented mills. It is likely that some part of the Roman aqueduct was used to channel water towards this mill. 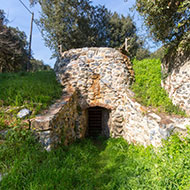 Lime kiln recovered in 2009. The lime produced in this kiln was used not only for building tasks but also to defend fields from pests and it was taken as a medicine too. 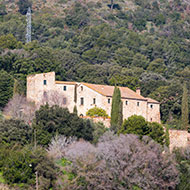 Farmhouse from XVI century, owned by Sir Berenguer de Canovis. It still preserves a defensive tower attached to it, built due to the Turkish pirate attacks in Pineda. 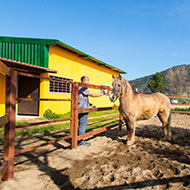